How well people retain the messages and information you’re sharing with them all depends on how you present it.

Stop for a moment and think about your favourite teacher: what was it about the way they engaged with your questions that made you focus intently on their reply and helped you retain that information? 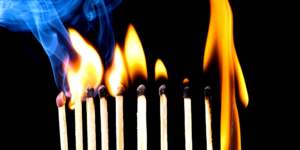 Most likely it came down to whether that teacher reacted or responded to your questions.

So, what’s the difference between reacting and responding and how can you optimize your farm to consumer conversations by choosing the right option?

Emotions: the propellant behind the innovative risks that lead to world-changing inventions; the spark that ignites a romantic gesture; the heated word that, like steam escaping from a boiling kettle, cannot be put back in. While useful in some instances, in others emotions can cause the situation to go off track.

Emotions are the “biological states associated with the nervous system brought on by neurophysiological changes variously associated with thoughts, feelings, behavioural responses, and a degree of pleasure or displeasure.”[1] that drive our reactions. Our brains have been evolving for millennia to better adapt to our changing world, but in our cave dwelling days, a split-second fight or flight reaction meant life or death. Reactions driven by emotion were imperative to the survival of the human species.

The ancient, inner portion of our brain is often referred to as the Old Brain or the ‘lizard’ brain, inferring that it reacts in much the same simple, primal way as the brains of reptiles and other animals do to external stimulus. (Conversely, the more recent outer layers are referred to as the ‘monkey’ brain.) A key part of the Old Brain is the amygdala, a tiny almond-shaped mass inside each portion of the cerebral hemisphere. The amygdala is the emotional and, oftentimes, irrational part of the brain.

The amygdala is what causes you to react. It’s the knee-jerk part of your brain that is driven by fear. Reacting may be unintentional but it’s also potentially problematic because it immediately initiates your conversation partner’s amygdala response and puts them on the defensive – which is not conducive to constructive dialogue.  For instance, amygdala hijacks can lead to blown-out-of-proportion Twitter firestorms of toxic, circular rhetoric.

Reacting is quick, but it’s not efficient: you’re focused on the short-term and not relating the issue(s) at hand to the bigger picture objectives you want to achieve, namely persuasion and/or behavioural change.

Reacting is your Lizard Brain jumping to action; your tongue lashes out to catch the bug before you even know whether or not it’s a tasty one.

Responding, on the other hand, is intentional. It creates a mind space for deliberate hesitation where you can consider the question/comment from multiple perspectives. It allows time for conversational ping-pong where points of view can be lobbed back and forth for consideration. It helps to draw some focus from what’s at play in the moment to the big picture, long-term, mutual wins e.g.: “if I respond with this right now instead, I’ll be able to move the conversation forward where I can work in my important messages and effect change.”

How can you train yourself to respond rather than react?

Farm to consumer conversations can involve some sticky questions, but also some genuinely eager-to-know-so-I can-make-more-balanced-decisions inquiries. Either way, choosing to respond rather than react will help you advance critical dialogue around food and farming.

This blog originally appeared here, where you can find more tips and tricks to optimize your farm to consumer conversation.