This piece will read a bit more “heavy” (a.k.a. academic) since it was originally written for the Women, Gender & Diversity class at Queens University in 2021. I thought it was important to share in this space since MWAF advocates for all women who work in the agriculture and food industry, with a strong focus on those who are underrepresented. Writing this paper made me aware of the competing identities I hold: that of a minority in Canada’s agricultural space, who often has to elbow her way into an “old boys’ club”, and simultaneously that of a privileged majority (as a white person). Researching and writing this paper made me acutely aware of the odd overlap of these two spaces and that “[e]ven as I am oppressed, I have been enjoying privileges that other women within the industry have not.”

Intersectionality is the place where people, identities, ideas, politics, and social constructs are lost and found.

Like a fingerprint, every person will have a unique locus point on the intersectionality framework since we each acquire unique worldviews and experiences, and are influenced by a variety of social, cultural and political forces. 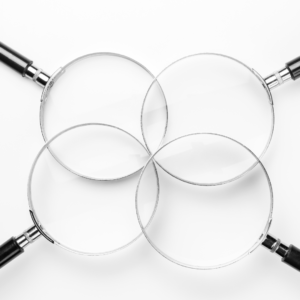 Regardless of where we currently fall on the framework, we can shift the nexus to a more “enlightened” spot if we examine the interconnectedness of social categorizations such as age, race, gender, class, religion, physical abilities/appearances, etc. Thus, we can jettison some concepts and discover and add “new and improved” ones to our consciousness by exploring and becoming aware of our particular combination of discrimination and privilege.

While I was unaware of the term “intersectionality” and its definition prior to taking this course, I realized that I had never thought of the concept in an unnamed, abstract form either. I was focusing on my personal struggles as a woman in the traditionally male agriculture industry and how I could help other women and girls learn to take up rightful space within that world, those conversations, and agricultural development policies. I never drilled down into what ‘women’ and ‘girls’ meant. It never occurred to me as a woman in agriculture that my experiences (i.e.: white, middle-class) were not the same as other women generally, particularly women of colour.

Even as I am oppressed, I have been enjoying privileges that other women within the industry have not.

I find myself in the dilemma explored originally by Alison Bailey, the “the dilemma of white privilege awareness trapped in the awkward position of knowing that it is both impossible to dispose of [white] privilege and impossible to take advantage of it without perpetuating the systems of domination we wish to demolish”, and as summarized by Raimunda Reece: “White women experience gender oppression and race privilege at the same time.”

Consequently, this has prompted me to ask several exploratory questions:

Betty Friedan, author of The Feminine Mystique, wrote what she knew: white, middle-class women unhappily, unfulfillingly stuck in the role of homemakers in 1950’s American suburbia. She did not initially address their discontent through an intersectional lens and her critics, both then and now, believe that many opportunities for the feminist movement were missed because of it.

It makes me wonder what gaps I might have missed filling inclusively with all women in agriculture by, albeit unknowingly, focusing only on what I know or have lived. More importantly, I question what knowledge, skills, innovations, and opportunities the agriculture industry has lost by developing through a predominantly male, cisgender, heteropatriarchal lens.

“[E]xamin[ing] our own place in various systems of domination – how we benefit and how we’re held back” (Tarrant) is critical. As a white woman in agriculture, my place in the agricultural system means that I am discriminated against and held back based on gender and assumed physical ability, while I am simultaneously afforded the privileged space that comes with being white and middle-class.

From my intersectional analysis, I recognize that a better understanding of “how spaces are sexualized … gendered … and contribute to the interactions we have with people, the kinds of relationships … [and] societies we build” (Positive Space/EQuIP Panel Discussion) is paramount to achieving a higher level of inclusive involvement and broader success of women in agriculture. However, we “[can]not wait for other people to make those spaces for us, but … have the kinds of conversations that we want to produce for … a better world” (Positive Space/EQuIP Panel Discussion).

Omitting intersectional analysis from the agriculture industry means excluding a diversity of experience, politics, and critical bodies of knowledge that can be used to create a more innovative and competitive industry.

“Intersectional analysis can be used to work toward systemic change needed for all people to be able to maximize participation in free societies” (Tarrant) – and, I would argue, enables them to maximize the impact of their contributions, the quantity, quality, and pace of change within an industry.

My personal analysis in this paper illustrates an understanding of the concept of intersectionality, because:

1) A critical reflection of intersectionality has allowed me to discover the concept and illuminate my ignorance of the necessities and challenges of the framework, and how to apply it against my own experiences as well as to those around me;

2) I now recognize that, as Donna Harraway, Professor Emerita in the History of Consciousness Department and Feminist Studies Department at the University of California, Santa Cruz, says “[a]ll knowledge is situated”. Since “all knowledges arise within social contexts” (Butler) and that “context grants knowledge its meaning and its significance. The specificity of our context both limits and enables what we can claim to know” (Butler). Provided with an alternate perspective, i.e.: purposefully searching out additional and more detailed social context, will allow me to re-situate my knowledge from a “socially conditioned” space to one that is more open and considers the complex interrelations of gender, race, class, sexuality, etc.

Through this reflective exercise, I have been able to lose and discover concepts around oppression and privilege and learn how we can explore our full potential while being cognizant of how we might “minimiz[e] or eradicate[e] oppression, subjugation, and patterns of domination” (Tarrant).