What to do when conversations get tough
December 20, 2022

Farmers are no stranger to difficult conversations both online and off.

Recognizing your ‘agitation’ cues and taking the time to prepare mentally to remain calm will help these important conversations go smoothly.

As the old saying goes, “When the going gets tough, the tough get going.” Here’s how you can do that. 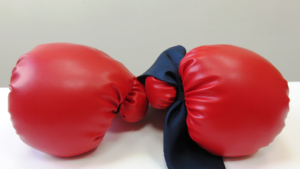 To keep your cool, stay engaged and keep the conversation constructive try the following tips:

Try not to focus on who is right or wrong, the smartest or the best.

Try not to take things personally and instead concentrate on tactics that will not only build a productive conversation, but will set you up as the credible, level-headed, empathetic person you need to be to move your policies and solutions forward.

Demonstrate a genuine interest to learn more about their side of the issue.

Most importantly, remember to communicate respect even in the face of disagreement.

This blog originally appeared here where you can also find more tips for better farm to consumer conversations.