To engage with people (in the online or real world) on the topics of food and farming sometimes requires nerves of Superman-proof steel and pulling from deeeeep within your Dalai Lama-level reserves of patience and serenity.

But if you have a plan for how to interact with different audiences in different situations, you’ll stand a better chance of having an aggravation-free and productive conversation that creates lasting impact.

Here’s a checklist of items to include in your people plan: 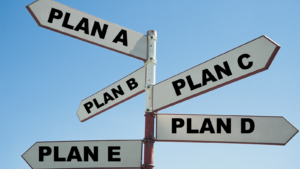 Know your audience: You won’t wake up every morning knowing exactly who you’ll have a farm-to-consumer conversation with that day, but giving some pre-emptive thought to the different types of people you might bump in to will help prepare you to present the right information. You should also establish expectations for engagement, from both your perspective and the listener’s: what do you hope will be the result of a typical exchange? And remember that public engagement is not about just one person talking; both sides must listen in a give-and-take exchange in order to build up the dialogue constructively.

Be mindful of the three 3 Cs of communicating science: clarity, creativity and curiosity. Clarity means no industry-specific, scientific jargon that might be confusing for a lay-person – and a big cue for their brain to tune out. Sometimes concepts can be best explained to the uninitiated by presenting them as if you were speaking to a child. (This does NOT mean speaking down to people.) Creativity means finding novel ways to explain a thought that will stimulate your listener’s curiosity. Try analogies, metaphors, and stories. (Take care to choose stories that will resonate with that audience, not some random story about the time your Uncle Doug lost his bathing suit at the water park.) It’s a good idea to develop a story library – whether formally on paper or informally catalogued in your head – so you can quickly access the right one at the right time for ‘teachable moments’. Generating curiosity involves piquing your listener’s interest. You can do this by finding something you share in common and then adding in ‘did you knows’ or highlighting a gap in their knowledge. The human brain is obsessed with wanting to know stuff (that’s why some people love gossip so much!). Once you’ve triggered that knowledge gap alert, the brain will crave for it to be filled; insert your information/messages there.

Learn to speak Freddish: Mr. Rogers had a specific approach to communicating with his audience, which his team dubbed ‘Freddish’. His communication style anticipated the way his listeners might misinterpret or become confused when he was explaining difficult topics and concepts. Among his suggestions: State the idea you wish to express as clearly as possible and in terms preschoolers can understand. Next, rephrase it in a positive manner. Rephrase the idea, bearing in mind that your listener (in his case, preschoolers) might not yet be able to make subtle distinctions. Add a simple motivational idea that gives your listener a reason to follow your advice. Then rephrase your idea a final time, relating it to a similar idea that they can understand (metaphors and analogies are great here).

Word choice is also very important. Again, you want to choose words that will not only ignite interest, but that will further the dialogue in a constructive and positive manner. This might take practice since words can be very nuanced. For example, a study among doctors and how they communicated with their patients showed that ‘would you be willing’ resulted in more positive interactions than ‘would you like to’ or ‘would you be interested in’.

Your people plan should definitely include how you will react when asked questions you don’t want to answer and how you’ll argue constructively. The opportunity for both sides to ask questions can catalyze the conversation equation (content + curiosity = connection) and debate can advance the dialogue when done right.

One small and often overlooked factor could put your people plan at risk: the Curse of Knowledge. We can’t know what we don’t know. The opposite of that is when we do know something, we forget that other people don’t; it’s so obvious to you, why wouldn’t it be to others? Farmers who eat, breathe and sleep agriculture must remember that more than 98% of the population has no idea how farming works outside of what they see online (much of which is misinformed or outright myths). To help you get into their head space, cultivate a beginner’s mindset by practising shoshin, a Buddhist philosophical concept that means “beginner’s mind”. Or, put yourself in the mindset of someone who’s about to meet, say, a rocket engineer. I bet you’d have lots of questions about how it all works and curiosity leads to learning. Nurture that.

On that note, you’ll need to meet people where they’re at. Being tuned in to where someone is on the learning spectrum will help you gain a better understanding of what information is needed or wanted by a particular person or group.

And you’ll need to practice perspective taking. This involves being able to see the point of view of someone you would normally consider to be part of an outgroup. Perspective taking goes a level deeper than empathy (which we tend to only feel towards members of our ingroup, a.k.a. other people like us), because it asks us to “do the conscious and intellectual work of taking the viewpoint of our opponents, even if we have no emotional warmth towards them.”

The ultimate goal of your people plan is, of course, to change someone’s mind. To take someone from simply listening to influencing their behaviour, try implementing the five steps of the FBI’s Behavioural Change Stairway Model:

The underlying tenets of your people plan should be authenticity, honesty, and openness.

Alan Alda, actor turned science communication pro, says, “I don’t say my next line in a play because it’s written in the script and I’ve memorized it. I say it because you do something – you the other actor – do something or say something that makes me say this next line and make me say it in a certain way.” In order for conversations to be productive, there has to be a responsive give and take.

Each interaction will be different, but you can modify your people plan as you figure out what works and what doesn’t.

You can find more blog posts like this one here.