Women don’t need to limit themselves on their choices in agriculture.
January 12, 2023 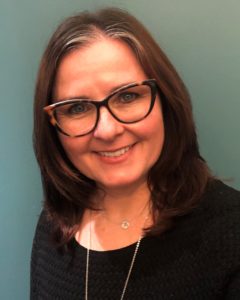 If there is a piece of advice that Tracy Vestby wants to pass on to women seeking to make a career in agriculture it’s to never put yourself in a tunnel.

“If you have tunnel vision about your career and where you want to go, that’s a mistake,” says Vestby, who is a Farm Insurance Broker with Lakeview Insurance in Winnipeg. “I don’t think you should put yourself in a tunnel about where you want to be. There is no doubt you should have a goal, but don’t limit yourself in options when opportunities come up that are maybe off the beaten path. Don’t think, what could I really gain from that; try to get yourself in a situation where you can use that. Because a lifetime of skills can get you in almost any door.”

At 53, Vestby knows what she is talking about. She has spent most of her career in agriculture, but the detours out of it along the way, whether it was taking a 15-year break to stay home and raise her two daughters, or selling jewelry for a home party business, have taught her many valuable skills that have set her up to be better at what she does today.  “Every single thing that I have done, whether it was to do with agriculture or not, has groomed me to be more confident in the job I have now,” she says.

Was Vestby always this confident? She’s the first to admit that as a new university graduate back in the nineties she was naïve and totally unprepared for the working world.

She had a setback straight after graduating with a degree in animal science from the University of Manitoba. Growing up on the family farm on the edge of the Pembina Valley near Manitou, Manitoba, Vestby had inherited her dad’s passion for cattle, and decided she wanted to pursue a career in the area of genetics, but it was much harder back then for women to break into this emerging field.

Vestby was forced to rethink her options, and took a job as a sales representative for a US-based supplier of dairy and beef bull semen, calling on farms across southeast Manitoba. Visiting farms and talking to farmers was the part of the job she loved best, and was eventually to be something she came back to many years later, but there were other aspects of the job that weren’t so good.

“The job was totally commission-based job; there was no salary, and as a young person just out of university I knew nothing about managing money,” Vestby says.

She also had a couple of close calls with dogs on the beef farms she went to, getting trapped in milk rooms a couple of times, which became a detriment to the job.

“I ended up with a lot of anxiety about going to those farms and was struggling to figure out how I was going to pay for everything, and I realized I needed to get myself into a different position,” she says.

Eventually, Vestby ended up working at the Canola Council of Canada, running the marketing committee, which she rates as one of her career highlights. It was also where she realized she needed to brush up on her business skills.

“I was dealing with a lot of people globally who had a tremendous amount of business experience, and I had this gap in my knowledge,” she says. “I needed to understand their positions better to be able to do my job better. And that is why I decided to do an MBA.”

While still working fulltime at the Canola Council, Vestby completed her MBA via distance through Athabasca and Guelph Universities. Shortly after, when she had her first child, she decided, as many women do, to take a step back from her career for a while.

“My husband was travelling a ton at the time and I chose to be present for my children,” she says. “We also didn’t have any local support – our parents are two and a half hours away and so we needed to make things as simple as possible and being at home was the best option.”

Not that it was possible for Vestby to stay away from her beloved agriculture entirely. Over the next 15 years she dabbled; working for a while with the Manitoba Simmental Association and building websites for cattle producers, horse breeders and some local businesses.

Then, at the age of 50, she decided she wanted to get back into a fulltime ag career. After a conversation with her sister’s friend, who was working with Global Ag Risk Solutions, a private crop insurance product that Lakeview Insurance Brokers represents, she realized this could be an opportunity to get back to doing what she loves best – going to farms and talking with farmers, even if she did have to start taking exams all over again.

“I have had to take six exams to get where I am now,” she says. “I am proud I have been able to come in and learn something completely brand new and make a career of it after years away from the industry. I love going from farm to farm and having conversations with producers about what’s going on with their farm, their day-to-day life, their stressors and what keeps them up at night, and how I can help. That’s what insurance is truly about.”

The importance of mentors.

It is Vestby’s passion for agriculture that caused her to cross paths with Manitoba Women in Agriculture and Food. She and MWAF share similar values and a passion for networking and advancing women. Vestby believes strongly that women need to step up and be mentors and role models for young women starting out in their careers, especially in agriculture, which still has a way to go when it comes to gender equity.

“MWAF knows how important it is for women to have those mentors, and understands there is no limitation on what they could possibly so,” she says. “A lot of what MWAF is doing is offering an opportunity for young women to connect and network with other women.”

Vestby feels fortunate to have had her own strong and supportive women mentors over the years, including Manitoba’s recently retired Deputy Minister for Agriculture, Dori Gingera-Beauchemin.

“I knew Dori from my early 4H days, and every time I ran into her knew, she knew who I was, had a conversation, asked how I was doing and what she could do to help,” Vestby says. “She is an inspirational woman, a phenomenal person, and she has had a tremendous career and has done so much good for women in agriculture. She was one of the mentors I had early on that I really respected and admired, and she was just there at every turn.”

Vestby has experienced gender bias herself throughout her career, where she has often been the only woman employed in her role. She recalls working for an organization as a sales representative in the early nineties that told her she was to wear a skirt for conference meetings.

“I was 23 at the time, I wasn’t married, and a lot of the guys that were sales reps down there were married, and I was instructed not to be out past 11 p.m. associating with them,” she says.

Agriculture has come a long way since those days for sure, and things are beginning to change, of that there is no doubt. Many more women today run farms and are in leadership positions in the industry, but it’s not by accident, and there’s still much work to be done.

“I don’t think it is as limiting as it used to be, progress has been made, but it is only because we are inserting ourselves in places where we wouldn’t necessarily have been seen, and we are making an argument for ourselves and backing that up with education, experience and knowledge,” Vestby says. “That’s why what MWAF is doing is super important because women need to insert ourselves wherever we can and build our networks. Agriculture is still a small enough community that you can network and get yourself into the right place at the right time, but it takes a lot of work, so you can’t just rest on your laurels.”