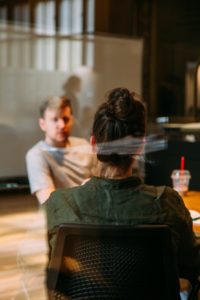 Photo by charles deluvio on Unsplash

by Angela Lovell.
Often, when women are turned down for investment, they feel a sense of inadequacy, that they are not quite ready for the venture, or have to be better at what they do. That’s not necessarily the case; in fact, it’s more likely they have been refused venture capital because they are a woman, not because of a lack of business acumen.

New Canadian research shows that there is a gender gap in the Canadian venture capital sector. “Girls and Women: The Venture Capital Conundrum” – a new report based on research by WEKM (Women’s Enterprise Knowledge Hub), Saint Mary’s University and the Centre for Women in Business – shows that the expression of unconscious bias by men and women venture capitalists significantly contributes to the gender gap because investors ask women different questions than they ask men during a typical investor Q&A session.

Venture capital is critical to many start-up and expanding businesses, especially in the small and medium-sized enterprise category. Venture capital provides not only funding but helps these companies make contacts and expand their networks, all things that they need at various stages of growth.

Manitoba Women in Ag & Food (MWAF) is aware of the gender gap and understands the importance of helping women develop these kinds of business skills and networks. MWAF has  resources available to its members and non-members to help and support women succeed in their ag-related businesses and careers.

WEKM and its partners developed a pilot program called Investoready designed to support women entrepreneurs by providing training and coaching to help them develop the skills in responding to typical investor conversations.

A total of 47 women from six Canadian provinces, and with backgrounds from 10 different countries, took part in the Investoready pilot. They were involved across different industry sectors who had designed a broad range of products and technologies. The participants used a software console, pre-loaded with more than 100 typical investor questions, to help them practice answering these questions, and convert negative-type questions into more aspirational answers. They also attended workshops and discussions. Other partners such as venture capitalists, business incubators and accelerators, entrepreneurship centres, and government departments and agencies provided insights and observations. In total, 60 people from 29 participating organizations advised and consulted on the science-based objectives, the purpose of the training, Investoready’s console, and its ability to support women.

The key findings – 1. Women need to learn the language of venture capitalists.

Feedback from venture capitalists involved in the Investoready pilot demonstrates one of the key observations from the report, namely that women need better insight and support concerning venture start-up processes.

The research found that the greatest misconception that people have about the investor Q&A session is that it is about answering questions, when in fact it is about selling the business and demonstrating leadership.

The study found that many of the women business founders were not familiar with the concepts or topics that most venture capitalists want to hear, nor did they understand what they mean. The venture capitalist wants to hear how the entrepreneur plans to build the company. The mistake many women make is talking about just the product they are trying to develop and not the business itself.

Women were shown a list of topics that resonate with venture capitalists such as mission, growth, user experience, momentum, value proposition, milestones, launch, target demographic and many others. Almost all of the women in the study did not know how these business-oriented concepts applied to their own ventures.

This suggests that women need to ‘cultivate the venture start-up acumen and vocabulary to be seen as the type of leaders who can build a great company’.

Women also need to control the Q&A conversations instead of being led.

Business founders who are successful at raising venture capital are good at navigating away from obstacle-type questions and moving the discussion towards more favourable, aspirational answers. They also are so passionate about their venture that they tell their business building story without being prompted. This means they lead the conversation, and often the investors have to interrupt to ask a question.

Because unconscious bias is already inherent in the questions that investors ask of women, and inclines towards obstacle-type questions, they must ensure that they take control and lead the conversation in a more positive direction. Women founders must talk about topics such as their business aspirations, their personal leadership, the demographic that is important to their business, how they bring value to their clients and so on. They must weave the story of how they plan to build their business including all the elements that are crucial to that.

Turning the conversation away from obstacle type questions towards more aspirational answers is a skill that needs practice but is worth the effort as it has been shown to result in much more investment for founders who are good at it.

It’s not easy, and for women particularly, it involves changing long-ingrained behaviours such as answering only what they have been asked, instead of positively elaborating on a question or topic. This is sometimes called imposter syndrome, something many women in the study mentioned, where a feeling of inadequacy prevents someone from fully participating or speaking about something because they feel they are not qualified or are being too ‘pushy.’

“This is an issue for women. The thought of telling someone something they did not ask, or that the women do not know to be 100% true (i.e., what your go-to-market strategy will be) seems to some women like boasting, or lying, or telling untruths in some way.”

This skill is called aspirational conversation and the console provided women with a forum and feedback to practice this skill and refine the story that venture capitalists want to hear. Feedback from participants about the console says much about their experiences in accessing financing:

“I’ve done many pitches; this is absolutely amazing. I went to a lot of pitch workshops, and this alone tops them all!”

“Prepping for Q&A was always something that I struggled [with].”

“It’s a constant struggle to overcome things that were ‘baked into’ us.”

No chance to make a second impression.

If you have ever watched Dragon’s Den you will know that in the hunt for venture capital, there are no second chances. Often a business owner has one short window of time to make a lasting impression. For women, who will face more negative, obstacle-type questions to begin with, they need to know what the typical questions asked by venture capitalists are, and how they should respond to them.

Most of the participants in the Investoready program could not anticipate and prepare for the questions and were understandably nervous during the Q&A sessions. This led them to ramble and not remember later what they had said or recall the questions asked.

Because women need to demonstrate that they understand what is required to build their business, and they only have a short period to impress potential investors, they need to constantly steer the conversation in a positive, aspirational direction that demonstrates their business and leadership abilities. These are skills they need to perfect, and through the console the participants could practice speaking on a number of topics and build confidence in their ability to sell their business to funders.

What is to be done?

The report concludes with a number of recommendations:

The Investoready program may become a scalable model for tools that help women hone their skills and better access venture capital funding.

“There is a compelling argument that women should not have to change their behaviour in order to have equal opportunities to raise funding; however, unconscious biases will not be easily undone. The current version of the venture capital industry will not change fast enough for the women currently in the system. The best women can do is to help themselves by adopting changes to their practises based on this science. In the process, they will learn more about start-up business practises, develop their narrative, and create an aspirational vernacular.”

Women who are successful at raising venture capital, will also be role models to inspire the young women business owners who follow in their footsteps, helping to ensure that they are the ones leading the conversations instead of being led.

Quotes in italics are from the report “Girls and Women: the venture capital conundrum’ which can be accessed here.